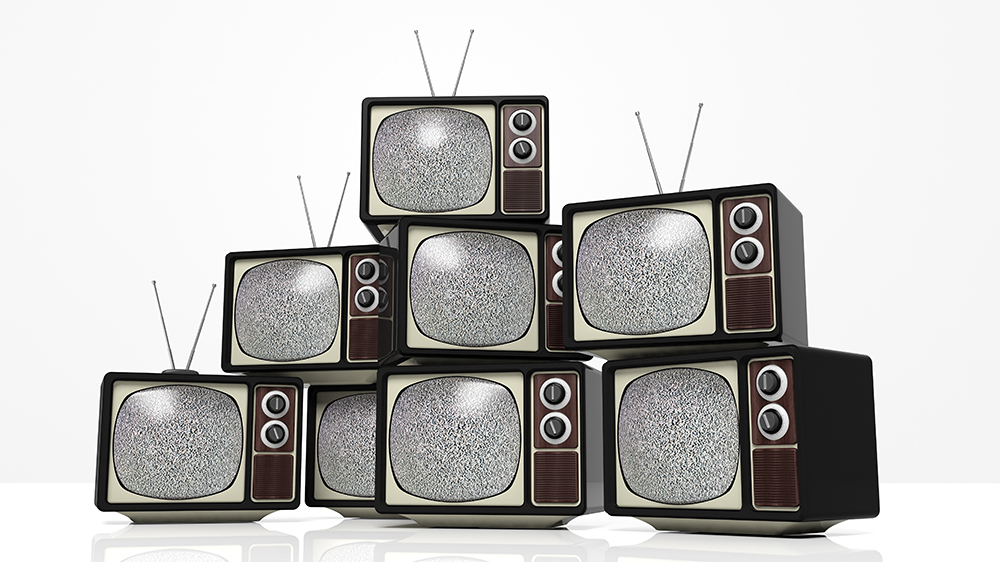 “How many licks does it take to get to the Tootsie Roll center of a Tootsie Pop?” If you were a kid growing up in the 1970s, you heard this question in a series of commercials in which a boy queried a cow, fox, turtle, and owl. While the boy was busy doing his research (and if you care, research by Purdue University students found that it takes an average of 252 licks!), the minds behind the advertising campaign were also doing their own: how many exposures – or touches – does it take for someone to take action, like purchasing a Tootsie Pop?

This is a question that advertisers have asked since the earliest days of advertising.

Flash back to when Gone with the Wind and The Wizard of Oz were providing movie-goers with an amazing experience; advertising executives were diligently contemplating the number of marketing touch points required to make a sale. At its core, this 1930s-era advertising research was about reaching prospects multiple times in a short period, typically through advertising messaging. Later named “The Rule of 7” by Dr. Jeffrey Lant, the concept posits that you must “touch” a prospect 7 times within a defined period before they will become aware of your product or service and take action.

The reality is that these figures aren’t hard-fast, and the rule is really no rule at all. Especially in the 21st century.

When originally created, the 7-touch concept was mostly about advertising messaging and the importance of frequency to build familiarity. Consumers didn’t have access to information, so they had limited say in how much information they received and when they received it.

The game has changed greatly over the nine decades that this “Rule” has been around. Think about the transition from going to a theater to see a motion picture to owning a TV to owning multiple TVs to having a computer to accessing the Internet to having a smartphone in your pocket or purse! Bruce Springsteen’s 1992 song, “57 Channels and Nothing On” seems quaint by today’s myriad options for media consumption. (He ended up shooting his television at the conclusion of that song!)

Consumers today – whether purchasing a microwave or commissioning architecture, engineering, and construction (A/E/C) services – are far more savvy than their predecessors, and have an entire arsenal of information at their disposal. Studies have found that as much as two-thirds of the buying process has already taken place before a buyer reaches out to a potential provider of services or products. In the consumer products world, that means that you’ve done your research, checked out Consumer Reports, read online reviews, and you’re pretty far along before you decide to head to Best Buy or Lowe’s to check out that new refrigerator. You think you know what you want, but now you want to see it in person, perhaps to verify that your research is correct.

But what does this process look like in the A/E/C market space?

First of all, it is inaccurate to conclude that the buyer of A/E/C services is two-thirds through the process when they contact you or send you an RFP. They may only be 20% through the process – or 80%! However, they have access to tons of information about your firm (and your competitors), and they can do much of their research when you are not around, thanks to online content.

Marketing messaging is all about channels, and today there are so many channels to reach your clients and perspective clients:

And the list goes on and on. Notice that while some of these examples involve active direct interaction between the buyer and seller (like a phone conversation or meeting), many other approaches are more passive, like checking out your firm’s website or LinkedIn profile.

Sometimes, one channel can be highly effective. Mutual trust and lasting relationships can be forged through in-person meetings, and few buyers of A/E/C services would make a purchase “sight unseen” (unlike that impulse buy you had Alexa make for you last week).

In some cases, a blog, article, or website can provide a high-quality lead that ultimately leads to a contract. For my training, facilitation, and consulting services, I’ve landed several clients based upon my website or a blog post.

Often, however, it is a combination of several of these channels that lead to an opportunity and eventually a sale. Maybe you connect with a prospect on LinkedIn, they see your post about a company blog, and click through to read it. When you reach out to them via phone or email, they are willing to talk with you because they’ve sampled the merchandise (experienced your firm’s thought leadership in a blog), so they agree to take your call – or even schedule an in-person meeting with you.

In this scenario, it has taken multiple touch points between you, your prospect, and your company just to get to that face-to-face meeting, which may or may not lead to a real opportunity.

I’ve seen a lead come from a single touch, and I’ve experienced how dozens of touches have turned into nothing. So the Rule of 7 is more concept than rule. However, as a concept it still holds true, although “7” may be “17” or even “70,” depending upon where the prospect is in their buying journey. They might not have a project today, but will in two years – so a lot of touches need to take place so you are not “out of sight, out of mind” when they are ready to move forward. This is critically important – design and construction services are not impulse buys – our clients are very deliberate and the sales process can take months or even years.

There’s an oft-quoted sales metric that may or not be true that states that only 10% of salespeople make more than three contacts with prospects yet 80% of sales are made on the fifth to twelfth contact. In other words, the majority of business developers send an email or two, or leave a voicemail, and give up when they don’t hear back.

More concrete research from Rain Group has found that the most effective salespeople can schedule an in-person meeting in five tries, while the average is more like eight. That’s eight touches to set up a meeting – not eight touches to make a sale. In fact, the same research found that 58% of sales meetings are not valuable to buyers. Rain Group focuses on professional services, so their metrics are very useful for A/E/C firms.

Business moves so fast today that the original idea of 7 touches over 18 months is almost a guarantee for failure. You don’t want to inundate your prospect with sales and marketing messages, of course, but if you only send one message per quarter, you’ll most likely be forgotten – or at least be forgettable.

Your Call to Action

What should you do with this information? Identify your Top 20 prospects (can include former clients), and map out a full year of messaging for each one. How do you plan to touch them? In most cases, an in-person meeting should be a primary goal. However, they’re probably not going to meet with you every month of the year, so how are you going to keep your name in front of them? Sending personalized emails and company eblasts? Leaving voicemails? Mailing postcards? Joining the professional society they belong to? Networking with them at trade shows? Connecting with them on LinkedIn?

Out of sight is not just out of mind, it is out of opportunity. Be visible but not annoying. Add value but don’t disrupt. In the iconic movie (well, iconic if you are in sales and marketing!) Glengarry Glen Ross, Alec Baldwin’s character drove home the importance of the ABC’s – Always Be Closing. The 1992 film followed four real estate agents trying to sell undesirable property, fighting for their jobs. In today’s world, perhaps the ABC’s should really be Always Be Connected (or Always Be in Contact), because if you’re not, your competitors certainly will be.

Let the concept of the Rule of 7 drive your sales and marketing efforts, but don’t be surprised when it takes way more than 7 touches to generate a real opportunity!

Do you have a plan of action to stay in front of your clients and prospects? Are your project managers great at communication during a project but neglect that client when they move on to the next project? jdbIQity offers customized training to build your your project managers and technical staff into better seller-doers.

When Should You Up Your Business Development Game?