You are here: Home / Archives for Scott Butcher 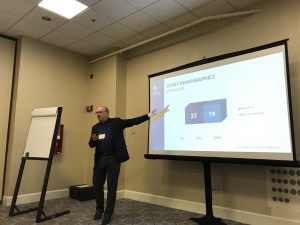 JDB Engineering vice president Scott D. Butcher, FSMPS, CPSM was recently invited to present at two conferences, including the Sales & Marketing Forum, a pre-conference program of the American Council of Engineering Companies (ACEC) in Washington, DC, as well as the American Institute of Architects (AIA) Conference on Architecture in Orlando, FL. The presentation content for both programs was based upon research that Scott led for the Society for Marketing Professional Services (SMPS). Last year, Scott authored a report of the findings, Sell. Do. Win Business. How A/E/C Firms are Using Staff to Win More Work, which is available for free here. https://www.smps.org/wp-content/uploads/2016/10/Sell-Do-Win-Business-Web-Res-Report.pdf 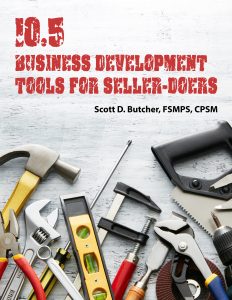 Over the past few years, I’ve had the opportunity to research, write, and present about the seller-doer (aka doer-seller, closer-doer) model of business development. This is a common approach in architectural, engineering, and construction (A/E/C) firms, and typically involves principals, partners, vice presidents, project executives, project managers, and lead designers engaging in the sales process. In some cases, these seller-doers focus their activities on existing clients, like when a project manager works to mine an existing account through cross-selling and expanding work to other locations. In other instances, seller-doers are doing proactive business development to establish relationships with new prospects.

Unfortunately, there is a widely-held misperception among many professionals in A/E/C firms that business development means cold calling, which is actually very uncommon. Rather, seller-doers are using a series of techniques that not only create new business, but also build their firm’s brand while enhancing their own personal brand.

I recently wrote a two-part blog about these tools for my Marketropolis blog on the Engineering News-Record website (www.enr.com), and I’ve now compiled them into a short ebook to share with your seller-doers.

JDB Engineering is also pleased to offer a continuing education program, 10.5 Business Development Tools for Seller-Doers, which has been approved for 1.0 AIA Learning Unit. Surf here to learn more.

JDB Engineering vice president Scott D. Butcher, FSMPS, CPSM has now been blogging on the Engineering News-Record website (www.ENR.com) for more than a year, authoring over 30 blog posts. His blog covers aspects of marketing and business development for architectural, engineering, and construction firms.

Prior to the Great Recession, there was much talk in the design and construction industry about the impending talent shortage. As the recession neared, the drumbeat grew louder. And then, suddenly, executives weren’t as worried about finding talent as they were about bringing in enough work to keep the talent they already had.

The last national recession officially ended in June 2009, although most firms in the industry would probably dispute that end date. But as work slowly returned to A/E/C firms, the conversation again returned to the talent shortage. Engineering firms recovered more quickly than architectural firms. Construction firms, which experienced the recession impacts after design firms, were the last to see the effects of the economic recovery.

Baby Boomers who had planned to retire, but held off because their nest eggs shrank, soon began planning their exit strategies. And once again, the conversation turned to the shortage of qualified workers, whether it be specific engineering disciplines, skilled craftsman, or young architects – many of whom left the industry during the recession, never to return.

Survey after survey identifies the current and forthcoming challenges related to workforce. Baby Boomers, including senior firm leaders, are retiring and taking much knowledge with them. Architecture and engineering schools are seeing student populations from all over the globe, but many of these foreign students in American colleges are returning to their home countries upon graduation, taking their training and talent with them. The A/E/C industry is getting squeezed from both sides. In fact, it was only a few years ago – with architects experiencing extremely high unemployment rates – that some media were ranking architecture as one of the worst career choices, discouraging students from majoring in the profession. (Just reference a January 5, 2012 headline in The New York Times: “Want a Job? Go to College, and Don’t Major in Architecture”!)

And yet there is a rather large elephant in the corner, and the industry in general is not doing enough to address it……Continue reading Scott’s blog post on www.ENR.com. 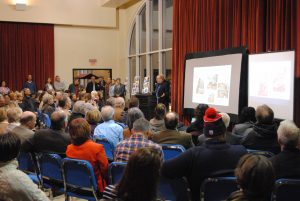 In October, Butcher co-presented “The Butterfly Effect and Its Impact on A/E/C Firms” at PSMJ Thrive in Nashville, TN. Billed as one of the top conferences for architectural, engineering, and construction leaders, PSMJ Thrive is held annually and features high-level keynotes and breakout sessions from industry executives. Butcher previously presented at this conference in 2014 when it was held in Orlando, FL.

In November, Butcher co-presented “The Butterfly Effect and Its Impact on A/E/C Firms” at Design on the Delaware, the annual conference of the Philadelphia Chapter of the American Institute of Architects (AIA). Butcher is a regular at this conference, having presented there four of the past five years. 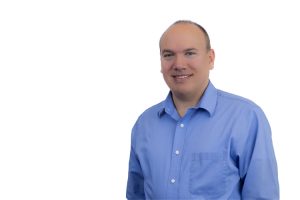 YORK, Pa. – October 6, 2016 – Scott D. Butcher, FSMPS, CPSM of York, Pa, was appointed to the board of a directors for a national marketing association, the Society for Marketing Professional Services (SMPS). He will serve as Fellows Delegate for a two-year term, which began on September 1, 2016. SMPS is the premier Architecture/Engineering/ Construction marketing and business development association, and its board of directors comprises senior marketing and business development leaders in the industry.

Butcher is vice president and CMO of JDB Engineering, Inc. (JDBE). With more than 25 years of experience in the design and construction industry, Butcher holds the Certified Professional Services Marketer (CPSM) designation and is a Fellow of SMPS.  He is past president of the SMPS Foundation, a national research-based nonprofit organization, and served on the organization’s Board of Trustees for five years. Butcher is the author of fifteen books and writes the Marketropolis blog on the Engineering News-Record website. He has been with JDB Engineering since 1991.

JDB Engineering, Inc. is a professionally-owned, award-winning consulting and engineering firm providing design and engineering services to a variety of private and public clients throughout the mid-Atlantic region and beyond.  JDBE is dedicated to Engineering with Creativity, Leadership by Design.  The firm maintains offices in York, PA and Hunt Valley, MD.